"From Russia With Love"

"From Russia With Love", Meet the strong, silent Siberian, with personality to share. 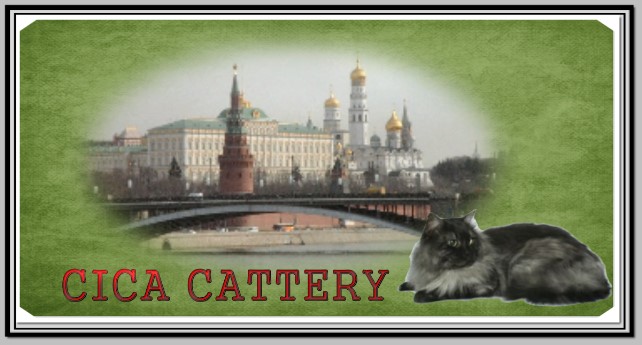 New research led by the University of Cambridge in the UK has discovered the reason for the extreme immune reaction in some people who are allergic to cats. A study published online this week in the Journal of Immunology explains how the cat allergen Fel d 1 triggers an immune receptor that is also involved in allergic responses to dust mites.

"We are hopeful that our research will lead to new and improved treatments for cat and possibly dog allergy sufferers."

The idea is that new drugs could target the pathway to the newly discovered receptor so it can't trigger the severe immune response in affected people.

Until this study, scientists were somewhat mystified by the severe reaction of the immune system to cat allergen.

They already knew that the most common culprit was the cat allergen Fel d 1, which is present in cat dander, the microscopic pieces of cat skin that are often accompanied by saliva from grooming and become airborne, landing on furnishings, bedding, carpets, curtains and many other surfaces and objects in the home.

Allergic reactions are the result of the immune system responding to what it perceives as dangers or threats to health and life. Normally these threats are from pathogens like viruses and bacteria. Part of the mechanism of recognizing and reacting to pathogens are proteins called receptors, which behave like unique locks, which can only be released when the correct key comes along.

But sometimes the immune system misidentifies a non-threatening substance, reacts to it as if it were a pathogen and mounts the same inflammatory response. One way this happens is because a "key" that shouldn't release a lock somehow does so. In the case of Fel d 1, the lock that it releases or triggers is the pathogen recognition receptor Toll-like receptor 4 (TLR4).

TLR4 is already known to be involved in allergic reactions to dust mites and the metal nickel.

But Bryant and colleagues discovered that Fel d 1 is aided and abetted by another culprit. It teams up with a bacterial toxin found everywhere in the environment. It only needs very low doses of this toxin, called lipopolysaccharide (LPS) to unleash the severe immune response seen in people with cat allergy.

For their study, the team ran a set of tests where they exposed human cells to cat and dog dander proteins. In some tests they added low levels of LPS, and in the others they did not.

They discovered that the presence of the bacterial toxin LPS somehow increases the signalling to the immune system, intensifying the response to the cat allergen Fel d 1.

In a further set of tests, they then discovered TLR4 was the part of the immune system that was reacting to the combination of LPS and Fel d 1.

And when they used a drug that blocks TLR4 (essentially by occupying the lock so the allergen "key" can't get in to release it), they found the cat dander protein had no effect on human cells: they had prevented the inflammatory immune response. Bryant says:

"Not only did we find out that LPS exacerbates the immune response's reaction to cat dander, we identified the part of immune system that recognises it, the receptor TLR4."

The team also found that the allergen Can f 6, which is present in dog dander, also activates TLR4 when LPS is present.

Drugs to inhibit TLR4 are already available, says Bryant, so they are hopeful that their "research will lead to new and improved treatments for cat and possibly dog allergy sufferers."

Funds from the Wellcome Trust and the Medical Research Council (MRC) helped finance the study.

We update the pet food recalls as they happen. See the Pet Food Tab for more information